As special as Christmas is for most cultures, the beautiful yet surprising truth is the fact that many traditions are based in Germany. If not based there then some at least were derived from the German customs, traditions, or even lore during the festive season. What always matters in Christmas though and never changes as it’s always important to enjoy it and be cheerful. These few traditions give off the German feel of what Christmas is. 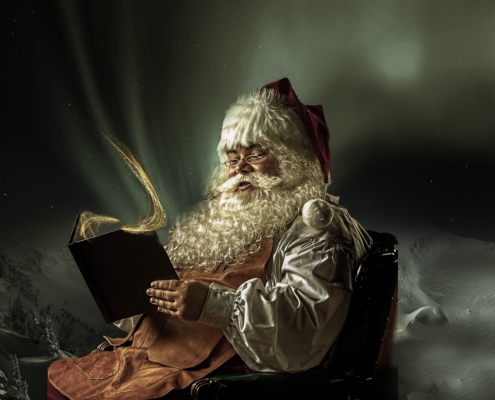 Saint Nicholas’s Day is a well-known holiday for German kids. As the night of the 5th of December is around the corner, Children would scrub and shine their shoes and place them on the front of the outside door. This all happens before they go to sleep because the next morning December 6th. Saint Nicholas would have the shoes filled with candies and small gifts. Even though Santa has major worldwide popularity, but for German kids, St.Nick is the most celebrated one.
A common question was, how does Saint Nick relate to Kris Kringle? Well, he got the name after the reformation and major changes.
Since the traditional idea of gifts being given by Christschild. Kris Kringle was derived from that original nickname.
Saint Nicholas is actually also based on a real person in Germany. Nickolaus was a famous minister who resided in modern Turkey. Minister Nickolaus became well-known, as a result of his graciousness and humble-nature life. With many stories that show his way of life at saving the three girls as well as gift-giving to children. He became synonymous with Santa Claus. 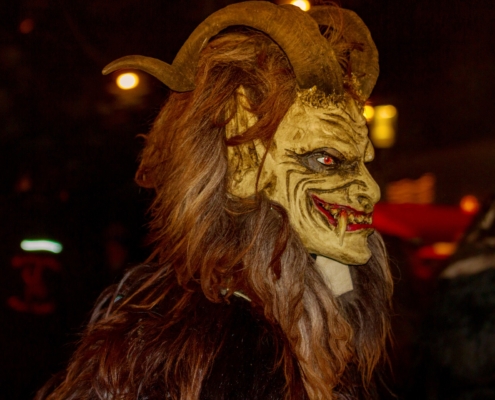 Krampus is the counterpart of Saint Nick, as he is believed to arrive on December 5th along with Saint Nick but to either punish or take children who were deemed naughty. In some cases, people believed he would either eat the children he takes or take them to hell. It’s said on December 6th children either get up to heal their wounds or to find a present from Saint Nick.
Krampuslauf is celebrated in some parts in Germany people dress as the creature and march around the streets, frightening people, this usually involves alcohol. This traditional celebration first saw light in southern Bavaria. 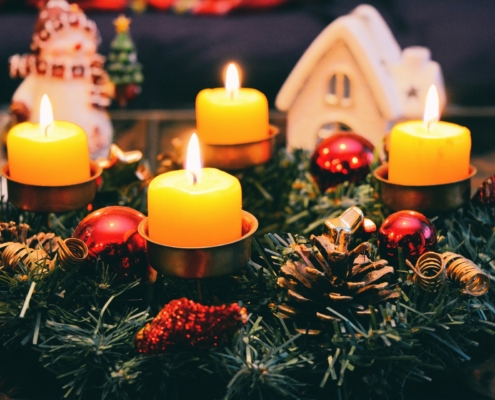 The advent kranz is a combination of fir sprigs with four red candles, Pinecones to make an advent wreath. However, of course, more things can be added like berries, flowers, and Festive decorations. The tradition started by German Lutherans and gained major popularity in the 16th century. And so, still is an important part of celebrating Christmas in Germany today. The people don’t specify too much on it as it can be a tradition in many different ways. Including, using a candle of the four every week Sunday or simply enjoying a dinner sitting around the wreath. Wreaths can sit on tables or hang from a ceiling. 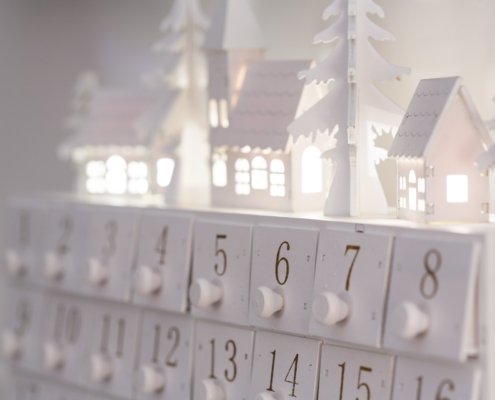 The advent calendar is a special one used as a countdown of advent in suspense for Christmas Day. This Transpires every day as Christmas month is ongoing. Kids in Germany would open a window as a start to the new day and possibly receive candy or gifts. Poems are sometimes also in the mix as well. These calendars are widely sold on Christmas during the eminent season. 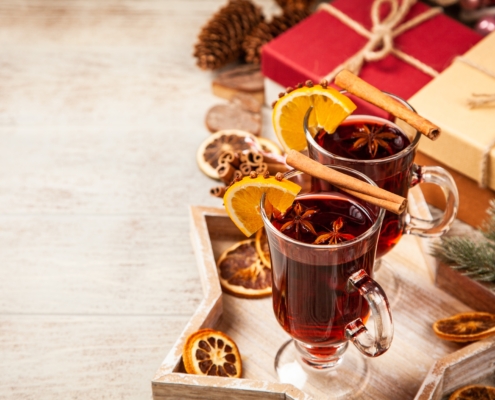 Much of the famous Christmas alcohol beverages are, of course, sold  Christmas and had with family and friends during the season. This includes Glühwein (Mulledwein), Heiße Schokolade (hot chocolate spiked with rum), and many others. Especially Mulled wine is known as quintessential as it has become synonymous with Christmas. Sold in ceramic mugs and always present in Christmas markets as too combat the cold of winter. 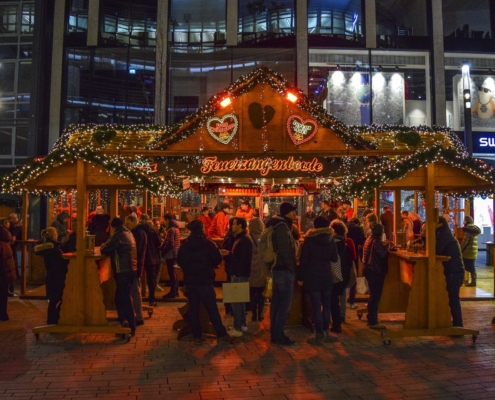 Buying your hot Christmas beverage is usually done from the Christmas markets that famously open up in the Christmas season. Granted that many countries now do the same on Christmas and have their own traditional shops open on the night, but the origins traced back to German cultures. As they were the ones starting the celebrations. 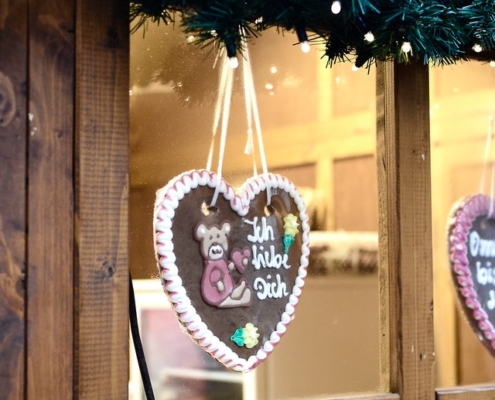 LebeKuchen aka Gingerbread is an iconic Christmas treat in Germany. These can be found in all shops around Christmas and Quite frankly flood them. Gingerbread houses are also built as well as the famous gingerbread men. However, the original tradition has always been the lebkuchen which is a heart-shaped cookie, and variations have been made after its presence. The recipe usually includes honey, spices, nuts, and the taste is a varying one depending on the baker it can be sweet, or spicy. 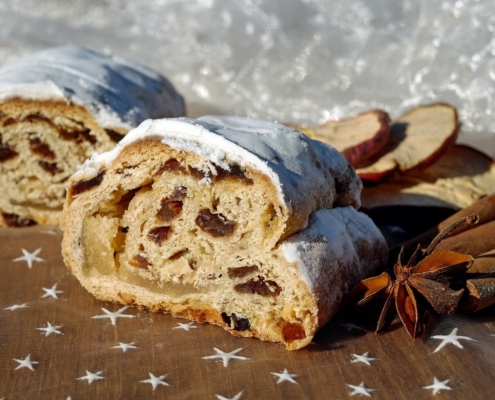 Christstollen is how it’s known in Germany. A German fruitcake you might say, which has a recipe of yeast bread that includes a recipe of dried fruits, nuts, spices, candied citrus peel. Of course, as mentioned before recipes may vary depending on the individual making them. Dresden is famously one of the best places who make the delicious treat. 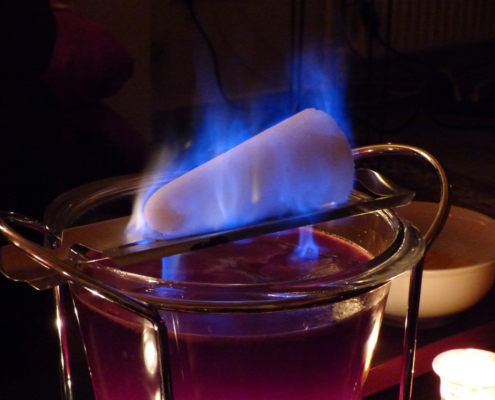 A Christmas traditional alcoholic beverage, which consists of a rum-soaked sugar block set to burn atop mulled wine using fire tongs to hold it, while it trickles over. The drink is often strongly alcoholic and usually spices of cinnamon, and a number of citrus fruits used to give more zest and taste to the drink. The drink became renowned in Germany due to a film by Heinz Rühmann and has been ever since 1944 the punch has become beloved. 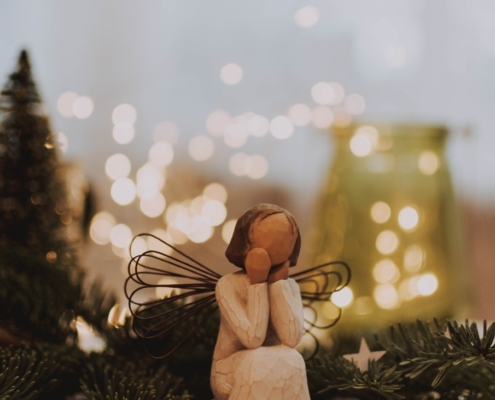 Christmas angles are widely used in Germany and most adored Christmas ornament in Germany. As it is placed on Christmas trees, gardens, on top of trees, or even around the house. These can be made of wood but preferably of glass and always seen around major shops and small shops alike on the Christmas season. 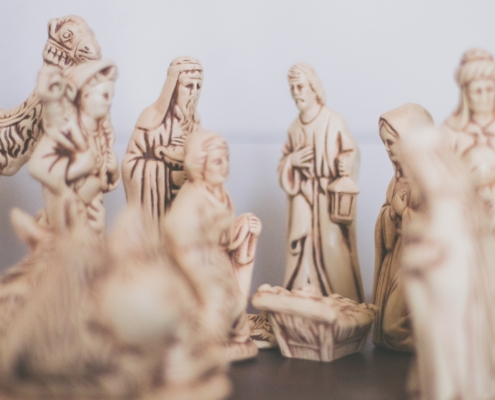 Is celebrated throughout Germany between December 27th and January 6th as children dress up in colorful outfits to resemble biblical figures (called star singers and epiphany singers). They then walk around the streets in Germany in many areas, all while carrying stars with them. This is all done to celebrate the magi (Wisemen) who visited baby Jesus.

We loved having to share how Christmas is being done in Germany. Our hope is to keep on sharing more and more and bridge the gap between both cultures! So if you enjoyed this article share it, and email us any questions or further information you would like us to post. You can also enjoy our Christmas shop

The History of the Christmas Tree Ornaments